HAHA I SNUCK A Z WORD IN THERE, AWWW YEAH I'M THE BEST 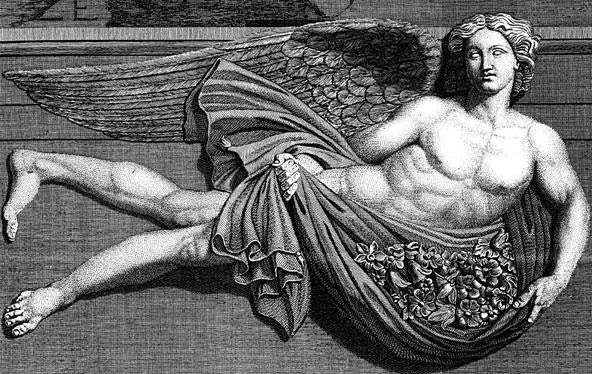 {Image of Zephyr from wonderhowto.com}

No but really I think Zephyr is a good fucking word for this year. Cold and sharp and changing but slow at once, on the knife's edge between horrible and really good. A breeze one minute but a gust the next.

I said I would finish out the project on time and by the Gods, I will.

This is your Duskenpath year in review.

1. A year ago, I created the blog for the Project and really expected either a) nobody to read it, so I originally intended to do it as a records thing, or b) to be badly received for choosing to be open about shit I felt was Not Talked About at large.

Pretty much a year ago today I sat next to therosebell and said "I think I want to do the blog project." And I sat there trying to think of a clever witchy name and couldn't, so Duskenpath just came to me (other loser names were other variants of path from a thesaurus, and shit involving wolves) and I created the name, feeling like a giant fucking tool, and then since it was lolzy I slapped the title on one of my fox skull photos and created my humble ass little blog.

I had tried and failed to start blogging regularly before, so I kind of half expected to fail this year too, since I never finish what I start. Well, it's not midnight yet, and I'm finishing it, and for that, I'm very proud.

But what I'm most proud of is this blog has become its on entity. Its own thing. I get emails and comments weekly from people either seeking help or thanking me for giving them the words, or the forum, to express things they needed to express. And that makes me the happiest. Because that was my other aim in writing. I figured if I could reach one person that couldn't find answers anywhere else, I'd be validated in what I was doing. I wasn't expecting the sheer volume of emails, comments and general support from readers. When I opened up my tumblr to better engage with people who follow or enjoy my stuff, I really got it even more. This blog was really, legitimately helping people, and reaching people who needed it.

And I think everybody really just wants to do what little good they can for other people, you know? In whatever way we can. If I can do that by cursing a lot (for some reason you guys seem to like it) and writing down my thoughts in a guide format, then I'll do it.

2. My first post was an intro post.  I am much changed now from who I was then. This year, for me, has been one of transition, but also of stagnation, horrible depression, and really seeing the darkest parts of life. Being so deep in a hole you lose time and forget how to climb out. 2012 was the year of Losing for me. Not all the losing was bad, but it hurts anyway. I hope 2013 to be the Year of Gaining, for these things have to come in cycles.

4. I began the Spirit Series as a way to help those who were into Spirit Work, because when I was dragged in, I didn't know which end was up. It remains the most read series on my blog, when I was expecting it to be the most hatemail-inducing. I have gotten more mail, questions and comments on this series alone than anything else--and that's GREAT! I feel like this is one of those things we SHOULD talk about and don't, as a community, so my goal was to really begin a dialogue about it, if I could, as well as to help. I could have used help when I began my work, so I am always glad to give it.

3. I began the Poison Master List project. It remains unfinished, but it jumpstarted my herb research and gave me a lot of perspective on stuff. It also taught me for some reason people really dig reading about Jack in the Pulpit. (Seriously, it has the most views of any poison post--what gives, guys?)

5. I publicly wrote about my guide Kratos/K. This was new for me, because I had never been very open about him before, but it felt right to speak more about it this year.

5.5 I told you my complete story of how I began my Spirit-Work. I also publicly told you I was Otherkin, another thing I thought would be the deal-breaker in the community. I was proven wrong again. Tons of you reached out in support and in camaraderie, and it seriously melted my old heart.

6. I spoke to you a lot about my own personal journey and shadow-work. The dark side of the Magix and exciting shit. The untalked about side of Spirit-Working and living a double life on the astral, and how weak it can make you. I find this important because I don't wish to project this image of perfect stability and power and shit when I'm struggling as hard as anybody else. I wanted to keep a kind of transparency, halfway for my own sanity, and halfway to really show Spirit-work changes you, at the deepest level.

7. I spoke to you about my personal calendar project, and found that lots of you were experiencing the same transitional period. Work on that is still being done, but I started it this year. I think it's important more of us begin cataloguing our own forays into personal calendar making.

8. I codified a lot of my own thoughts on astral methods and shit I did myself but never thought about, such as my crystal grid posts. This helped me a lot to figure out better ways of explaining myself and my methods to other people, and has been a sure exercise in trying to translate from astralspeak and images into english. I'm still surprised it's understandable.

9. I began the Tarot Project, which I'll be taking up again now. I also turned other people to the tarot dark side. Muahahah!

10. I finished out the Blog Project! Which was one of my goals when I began this blog.

So, thank you, friends, readers, enemies, frenemies, and famiry, for over 20,000 views, 300+ comments, tons of dialogue  mutual help, interaction, debate, discussion, and fascination. Though I didn't expect it, I'm beyond happen Duskenpath has grown into something like this. Here's hoping 2013 is the year of Growth for us all. (And Peace, peace would be just dandy too.)
Posted by Dusken at 11:23 PM

Email ThisBlogThis!Share to TwitterShare to FacebookShare to Pinterest
Labels: Bring it on, Pagan Blog Project, The Year of Transition